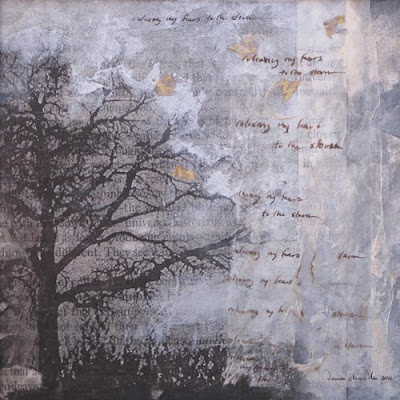 releasing my fears
to the storm; like kites, some caught
in leafless branches

I wrote that haiku — or rather, it wrote itself — as I worked on this painting. I started this sometime in the spring of 2010, when I was visiting my friend and fellow artist Joan Fullerton. We were having a great time in her studio, experimenting with mixed media techniques whilst sipping vino and listening to good music.

That tree image is hers — a photo that I xeroxed onto tissue paper, and then glued down over printed text. I then applied paint in shades of grey, pulling in the atmosphere around the tree. Later, I added bits of gold-tinged paper, and thought of kites…..I wrote across the painting’s surface with my dip pen, lines of the above haiku.

Over the ensuing months, occasionally when I’d consider this piece, I’d be tempted to add more color. But ultimately I decided it stands best as a monochromatic statement.

This painting will be on display with many other of my recent works at the Downey Gallery in Santa Fe during my September show. The opening reception is Friday, September 2nd, 5:00 – 7:00pm

Below, some details of “releasing my fears”: 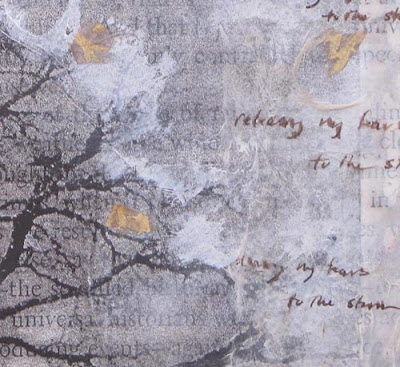 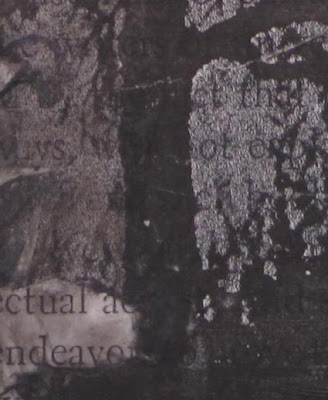