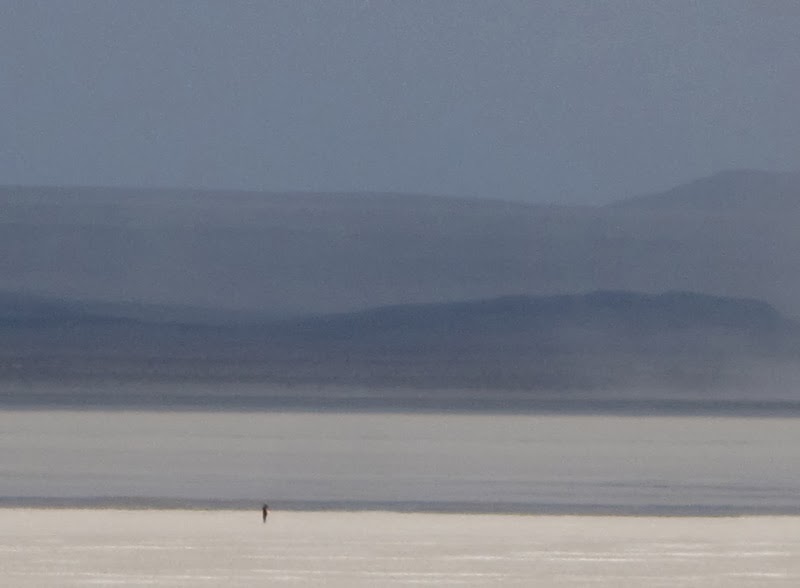 I cut the same path across the Rand McNally Atlas that My Man and I had done in June when we road-tripped to the Pacific Northwest: Route 160 skirting southwest Colorado, Routes 491 and 191 and I-15 north through Moab and the SLC metro-complex of Utah, then I-84 across southern Idaho, hooking eventually into central Oregon by way of the isolated — and beautiful — Route 20.

Making the drive solo this time in a car that’s getting long of tooth, with new snow chains I was hoping to never have to use, I was nervous, checking the weather constantly. Chance of rain or snow 30 – 40%, which in New Mexico means no chance at all, but where I was headed was different. Bend, Oregeon, where I was bound my third day of driving, receives an average of 24 inches of snow, whereas Santa Fe gets 14 inches — and lately it’s been a whole lot less.
But the fact that I’d just made this drive for the first time in my life just months before was a small but real comfort; at least I was familiar, if vaguely, with the terrain.

[And how weird is that? I’d never in my life been to Idaho or eastern Oregon or Bend, and the very year I make that trip, I’m making it AGAIN, just a few months later. Life’s funny.]

The point on the map I was bound for this time was mile marker 81 on Hwy 31, 100 miles south east of Bend, Oregon, twelve miles south of the hamlet of Summer Lake, OR (population 90) and eighteen miles north of the village of Paisley, OR (population 250). A mere point in a large field of…..nothing. Or so it appeared on the map. A single road on a big swath of cartography. “Do not use Google Maps, Mapquest or GPS devices to locate us; they are often inaccurate or unreliable,” the instructions warned.  “Should you be delayed more than an hour, let us know.”


Descending from Bend, I drove through timber forests thick as knives. Snow banked the shady spots, and sunlight flickered through brewing clouds, streaming patterns on the narrow road.

An hour passed and the trees thinned. The road descended and the land opened, spilling into miles of range land: prairie grass, yellowed sage brush, arid buttes, a dirt crossroad here and there anchored by an abandoned gas station or boarded store front.
Easing south, the road skirted the lower hills of Winter Ridge — an eastern tier of the Cascade Mountains. Bumpy and textured with evergreen and scrub, the ridge loomed darkly purple and grey in the cloud shadows. Tumbling eastward, the foothills spill eventually into the alkali mudflats and twenty-mile long mirror of Summer Lake.

This vast and seemingly desolate country would — for me plus two sculptors, a film-maker and three writers — become home for the next five weeks. I could hardly wait to arrive.