I’ve been looking forward all summer to posting my painting of the La Luz Trail. But I had to earn the right to post it.

Well, it’s a winding, steadily climbing trail from the base of the Sandia Mountains to the tip top of Sandia Crest. The trail starts just to the northeast of the city of Albuquerque, New Mexico and ends at the radio towers at the top. It is truly one of the most beautiful, glorious trails I have ever hiked. Down below is the desert southwest yet there are moments on the trail when, if you didn’t know any better, you’d swear you were in the Appalachians or some other lush mountain forest.

But what’s really significant about La Luz (at least in my little world) is the epic La Luz Trail Run, which starts two miles out on a paved forest road, and climbs the steep heights of the trail to the top of the crest: 9 miles of steady, grinding uphill. And what’s significant about THAT is that my running partner, Alex and I — against all odds — actually DID the 47th Annual La Luz Trail Run this past Sunday and FINISHED.
Hooray for us!
Hooray for Team Tortoise!
Hooray for the 300+ other finishers!!

Really? I think I’ve earned bragging rights. Especially when you consider that I’m not a very good or fast or efficient runner. “Plodding” more accurately describes my movement. I like to say that I have two speeds:

Which is why I’m not going to hesitate to toot my horn a little bit here and mention that Trail Runner Magazine has rated the La Luz Trail Run one of the top 12 most grueling trail races in the United States, with an elevation gain of over 4,000 feet
DANG! To think I did that!! And survived!  😀

The winner runs the race in an spectacular 01:20:00 (!!!!) — I wasn’t even at the halfway point at that time!
But the folks who have really earned my respect are the handful who were behind us. They were cranking away their exhausted bodies for hours and that takes extraordinary passion and stamina and drive. Hat’s off!

I’ve pasted my number above my bathroom mirror and am considering taking up a friend’s urging to wear my La Luz shirt every day for the next year. Here’s a pic of Sunday’s morning run: 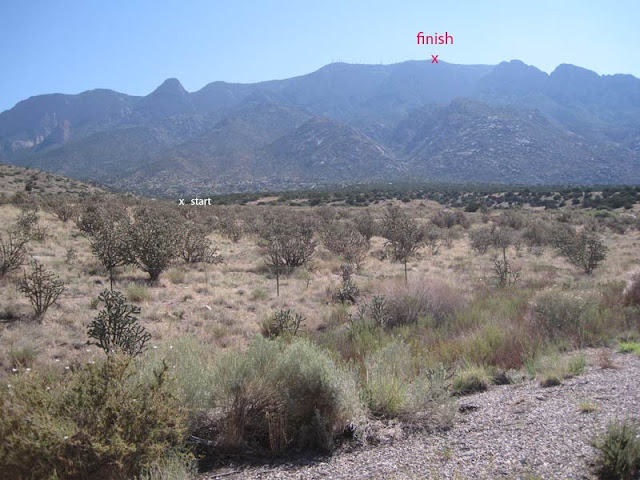 And here we are — Team Tortoise — before and after the race (I’m the one with the curly, greying hair).

Details of the painting: 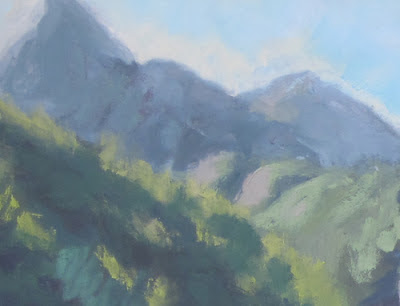 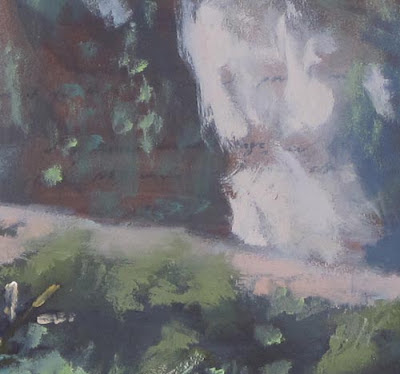 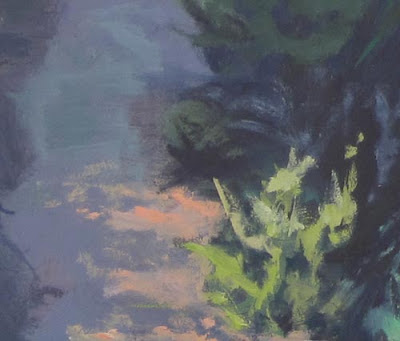 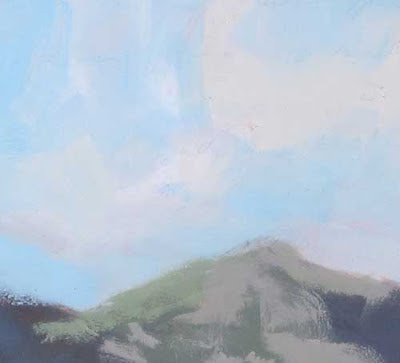 Scroll to the top to see the whole painting again. The painting view is looking south, from partway (1/3? 1/2?) up the trail.

Thanks, all, for reading! 🙂