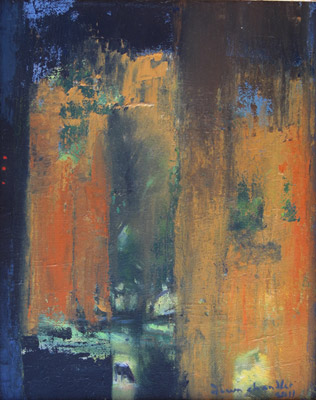 And sometimes I guess I just crave a little bit of rebellion.

This painting started as a traditional landscape painting — a scene of horses grazing in a meadow in the Valle Vidal, with a line of voluminous cottonwoods behind them. You can see the cool greens of the original scene — fragments of the foliage and meadow — emerging throughout. A lone horse remains, grazing near the bottom of the picture.

Obviously I wasn’t too satisfied with the original landscape; the paint handling in the landscape felt cumbersome. The canvas kicked around my studio for a long while when finally it called to me in want of metamorphosis.

There’s nothing quite so liberating and joyfully defiant as taking a loaded palette knife and making the decision to attack a painting that I’ve been laboring over. But there’s also always a little bit of fear involved. The internal conversation in my head usually goes something like this:

“This painting sucks. I should just attack it.”

“Wait — it doesn’t suck *that* badly. Look at those nice passages through there.”

“No, it sucks. I’d rather start the whole thing all over again. This one isn’t going to get any better; it’s already too labored.”

“But if you attack it, you may really ruin it.”

“Yeah well, I think that’s a risk I’m willing to take. And more than likely It’s going to transform into something I can’t yet imagine, but that in the end I’m going to love.”

“You sure you want to do this? It really isn’t that bad.”

“It’s too late: I’ve already thought to do it; now I have to. [heart beating a little faster] I need to let this one go!”

And it’s always the right decision. 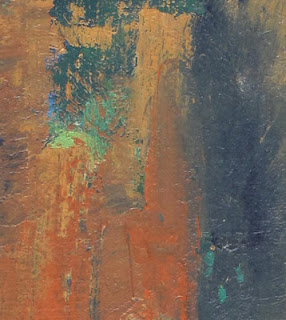 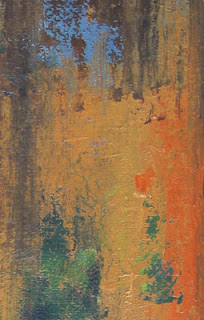 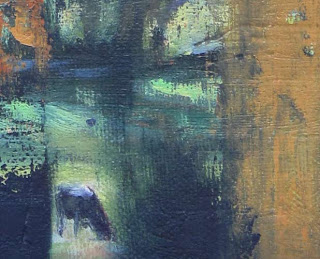 Cutting a Path Through Autumn is on view through October 21, 2011 at the Downey Gallery at 225 Canyon Road, Santa Fe.